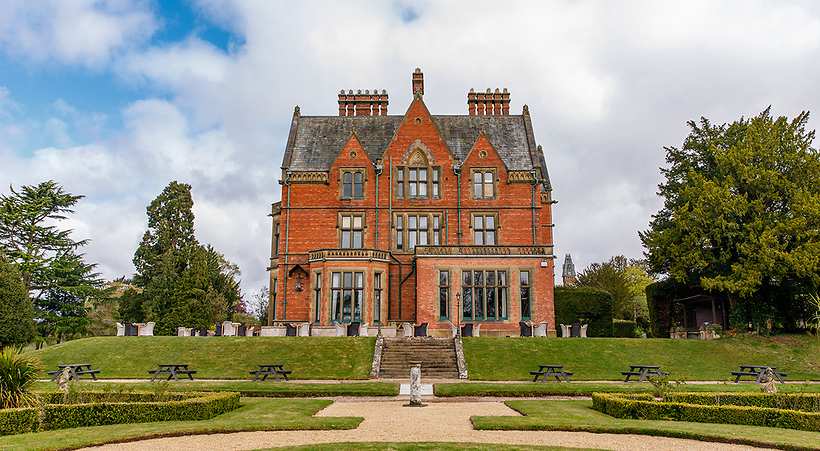 Wroxall Abbey Hotel is both luxurious and historic, surrounded by 27 acres of luscious grounds and spectacular views of the Warwickshire countryside. Relax in the indvidually styled bedrooms or the stunning terrace and enjoy a superb dining experience in Henry's restaurant offering contemporary British cuisine.

Stay in a Mansion Standard room and receive:

How to find Wroxall Abbey

From the moment you enter the front gates and slowly descend down the driveway, the extraordinary and tranquil setting of the Wroxall Abbey Estate will truly take your breath away. As you explore the luscious grounds, the behemoth Mansion House and the primitive Abbey, decades of rich history come whirling as you take a step back in time to what Wroxall Abbey Estate originally was.

The early origins of the estate dates back as far as 1146 A.D, when a group of Benedictine nuns were founded by Hugh Fitz Richard of Hatton (Lord of Hatton). Hatton had provided over 3,000 acres of land to the church, to form a monastery known as the Priory of St. Leonard. It's original remains, still sit directly opposite the Abbey.

In 1713, the Burgoyne family finally sold the estate to the renowned Sir Christopher Wren. . Records of the estate show that the Theodisa Wren was the final member of the Wren family to be in possession of Wroxall Abbey.

Following Theodisa Wren's marriage to Chandos Hoskyns of Harewood in 1837, Wroxall Abbey Estate was sold to James Dugdale in 1861. During his tenure, James Dugdale built a new Mansion House as well as new formal grounds and gardens. The estate was inherited by James Broughton Dugdale who subsequently died 1932.

The estate was leased to The Laurels School and eventually purchased in 1963, when the school ultimately became known as The Wroxall Abbey School for girls. It remained a school until 1995, when the estate was purchased by the Quinn family ahead of planning permission for commercial use for a hotel. As of 2000, the estate has been operating as a hotel with Trinity Hotel Ltd, taking over the estate in late 2020.

Don't worry about finding a dog sitter and bring them along! They are happy to welcome well behaved dogs at Wroxall Abbey Hotel and have dog friendly rooms across all room types.

Please note there is a small supplement of £20 per dog per night, dogs are not allowed in the dining areas.

wroxall-abbey
Search Offers at this hotel