Romantic luxury country hotel in the heart of the Cotswolds 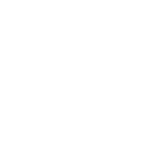 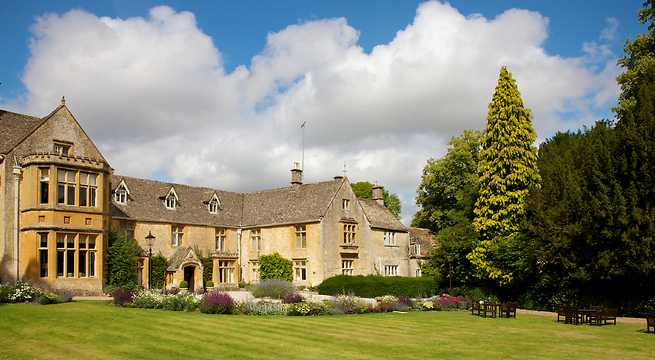 Lords of the Manor is simply one of the finest hotels in the Cotswolds. Situated in the pretty village of Upper Slaughter, the hotel is an ideal central base to explore the surrounding villages. You'd be forgiven however if you don't set foot outside the grounds, as the attractive gardens, recently refurbished restaurants, relaxing lounges and sumptuous food provide all that is required for the perfect luxury getaway.

or View all special offers at Lords of the Manor

Stay in a Manor room and receive: 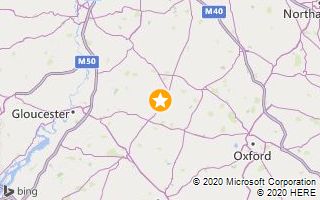 How to find Lords of the Manor

Times offered are very half an hour from 6.30pm to the last sitting at 9pm.

Dinner in the Atrium

Set dining times for Tasting Menus, must be booked in advance:

Plenty of on site parking

They do not recommend extra beds for children over 12 years of age. Children are welcome in The Dining Room. Atrium welcomes young adults aged 16 and over.

The hotel's 8 acres (3+ hectares) of gardens, complement the kitchen with supplies of herbs and fruit from the walled garden. The gardens are highly praised by guests, many of whom stay in the Cotswolds to explore the nearby historic houses, towns and gardens that make the area such a delight. Upper Slaughter village is in prime Cotswolds country, halfway between the two best-known Cotswold villages, Bourton-on-the-Water and Stow-on-the Wold.

There is no lift at this property.

Lords of the Manor dates back to around 1649. It was originally a much smaller house which has been added to and altered over the years. The Slaughter family (originally Sclostre meaning "a slough or muddy place"), purchased the Manor from Henry VIII. It was later occupied by Ferdinando Tracy Travell, whose portrait hangs on the first floor landing, and a coat-of-arms is incorporated into the decoration of the Drawing Room fireplace.

In 1808, the house passed to his nephew, the Reverend Francis Edward Witts. The Witts family were the first Rectors, and then Lords of Upper Slaughter. When the Reverend E. F. Witts died, he was succeeded by his son, the Reverend Canon Francis Edward Broome Witts. “Broome" is a minor corruption of “broom", the plant (Latin "planta genista") which gave its name to the Plantagenet Kings of England. They wore a sprig of broom in their helmets in battle and its association with the Witts and Upper Slaughter is commemorated in the family crest over the porch by the sprig of broom in the eagle's beak.

In 1913, F.E. Broome Witts was succeeded by his son, Major Edward Francis Broome Witts D.S.O., who served in the First World War. Throughout the Second World War, the property was occupied by the Army. During this time, the front porch was damaged by an army vehicle, evidence of which can still be seen.

In 1972, the Manor was converted into a hotel, by Major General Witts' son, Francis Witts, who still lives in Upper Slaughter. Privately managed by Francis Witts and his cousins until 1985, the hotel was then sold to James Gulliver and the Gulliver family then sold the hotel in February 1997.

The Lords of the Manor remains a privately owned hotel and has been a "second home" to the Munir family since 1997. They have continued to invest substantially in the House and Gardens during this time, restoring it to the beautiful condition you find it in today.

Dogs are very welcome in ground floor bedrooms with a daily supplement of £30 per dog. Some of these rooms have a door with access directly onto the grounds.

A dog blanket, dog bowls, Bob and Lush treats and waste bags are all provided for your four legged friend in the room on arrival