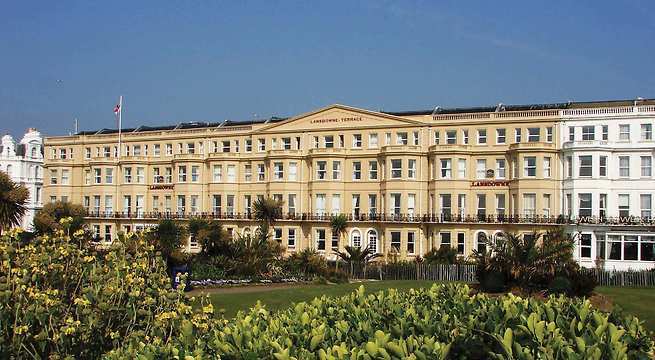 The Lansdowne Hotel is superbly located on Eastbourne seafront. With a range of refurbished bedrooms, many with far-reaching sea views.  There are number of spacious lounges with sea views, perfect for enjoying afternoon tea or a pre-dinner drink. The menus feature a selection of classics, favourites and daily specials, or just relax and enjoy.

Stay in a Sea View Double room and receive:

The hotel is completing an ongoing refurbishment, many of the bedrooms have been finished with the remaining due to be completed soon. 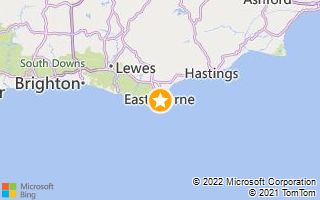 How to find Lansdowne Hotel

Street parking bays in Zone H are located directly opposite the hotel and are free from 1st November to 31st March. Daily permits are available outside of these dates from Reception and are priced at £2.

Parking is also available free behind the hotel on Compton Street, with paid-for metered parking available year-round on the side streets adjacent to the hotel.

Blue badge holders may park in any pay and display areas and may use the dedicated disabled parking pays directly opposite the hotel entrance.

They have 2 disabled friendly rooms (adapted bathroom with wet room) - both are Standard Twin rooms.

They are a 'Plastic Free Champion', awarded to them by Surfers against sewerage.  The Lansdowne Hotel recognises that we have an obligation to CSR and it is our declared policy to carry out all reasonably practical measures to improve environmental performance.

The Hotel came into the present family's ownership when Miss F.M. Robinson, Aunt of Mrs Margaret Lewis, purchased the Lansdowne, then with 36 letting rooms, in 1912. The Hotel prospered during the Great War (1914-1918). Miss Robinson retired in 1927, soon after having joined the partnership by her brother Mr. W.A. Robinson and by Mr. Herbert Garrat. The new Partners embarked upon a policy of steady expansion and by the outbreak of the Second World War the Hotel consisted of five inter-connected houses with 72 letting bedrooms. Mr and Mrs Robinson's daughter, the present Mrs Margaret Lewis, joined the management in 1929. Her husband, Alan Lewis, (who died in 1998) entered the Partnership in 1939.

The Hotel was closed from 1940-1946 owing to war conditions. During this period the premises were occupied by troops manning a coastal battery stationed on the slopes of the Wish Tower.

There followed another period of expansion under the direction of Mr Robinson and Mr and Mrs Alan Lewis. In 1953 they purchased the adjoining Burns House Hotel and incorporated it into the Lansdowne to give a total of 84 bedrooms. In 1959, the Partners acquired the Beaulieu Hotel, which after considerable alterations and refurbishment was re-named the Lawns Hotel. The Lawns Hotel operated as a separate unit until 1973. It was joined with the Lansdowne Hotel, which, as a result, became a 142 bedroom Hotel.

Dogs are allowed in the certain pet friendly areas and owners are held responsible for any damage they may cause. You can eat breakfast in the bar with your dog (this then becomes a pet free zone until the following morning) and they have an area where you can eat dinner with your dog too. The Charge is £15.00 per dog, per day (no food supplied).  Please contact us for availability.

lansdowne-hotel
Search Offers at this hotel