Charming inn set in the Cotswold town of Cirencester 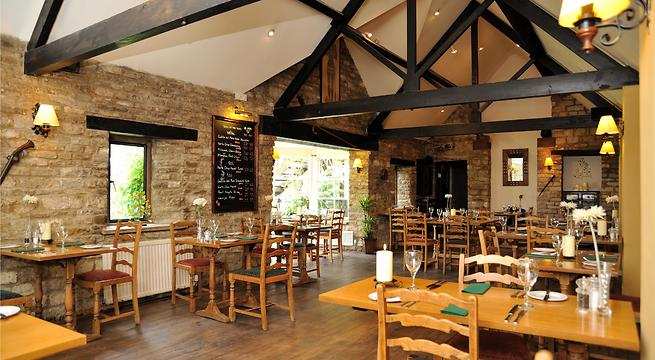 This delightful grade 2 listed small Hotel and Restaurant enjoys a quiet location in one of the oldest streets in Cirencester, yet it is only a five minute walk to the town centre.

Stay in a Classic room and receive:

How to find Corinium Hotel & Restaurant

The hotel does not have a fully equipped disabled bedroom, but it does have a ground floor double which is accessible for a wheelchair.

Children under 3 years stay & dine free of charge when using existing beds.
All older children or adults are charged £15 per person per night for extra beds.

The Hotel was built as an Elizabethan wool merchant's house, around 1595. It is likely the Tudor oak beams, now exposed in the top floor rooms, are ships' timbers, from nearby Gloucester docks, salvaged less than twenty years after the English defeated the Spanish Armada.

As an important house close to the centre of this thriving market town, the Hotel was modernised in Georgian times when the street façade was refaced in dressed Cotswold stone and sash windows and shutters were added. Later the Victorians extended the property and walled the gardens.

During the Second World War Wing Commander Knowler owned the property. Pilots and aircrew from RAF Kemble were the first guests, billeted here throughout the Battle of Britain.

Since the war, the property was mainly operated as a guest house and subsequently as a small Hotel, when the garage (formerly the Stables) became the Courtyard Bar.  The old coach house made way for the current Restaurant, which was added around 1975.

In 2000, six additional bedrooms were added, two on the ground floor and four on the second floor in the old attic area, which included exposing many more of the old beams.

There are a limited number of dog friendly rooms available, please contact us prior to booking.

Search Offers at this hotel

Full availability
To book by phone, or for help and advice

Book with confidence - best deal guaranteed. If you find it cheaper, we'll refund the difference and give you a £25 voucher. Click for details.
Booking Conditions | ^ Back to top
Accept Cookies