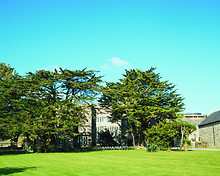 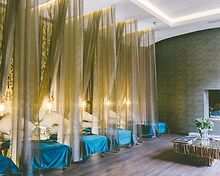 Named 'the enchanted place on the hill', Boringdon Hall is a five star hotel famous for its magically imposing nature and detailed history - both of which add to the magnificent character of the hall.

The Devonshire manor became crown property following the dissolution of the monasteries by Henry VIII in 1539. The monarch later granted the property to his courtier Thomas Wriothesley, the Earl of Southampton, who was a royal favourite. Since then, Boringdon Hall has had a rather extravagant makeover, giving this stately pile a serious air of perfection, with devotedly designed interiors, 40 sumptuous rooms and suites, a well-stocked bar and two tantalising restaurants – the 3 AA Rosette Àclèaf , and the Great Hall where lighter bites and afternoon tea is served.

Whether it's exploring the exquisite wine list in Àclèaf, sipping on a heavenly cocktail in the Secret Bar or enjoying a Boringdon Gin & Tonic in the Great Hall, their well-considered menus are an experience for all the senses.

Gaia Spa is a purpose-built wellness spa set within the grounds of Boringdon, a completely unique space for relaxation and reconnecting with nature, designed with the need for complete wellbeing in mind.

boringdon-hall-hotel
Search Offers at this hotel